Jeez, livejournal. Been a while.

I figured this was big enough for me to post something on LJ about it. I spent a large chunk of this week making a character guide to LOST. Not everyone made the cut (sorry, Frogurt. Sorry, Cindy.) and I accidentally slotted Bernard in Season One (fixed on Monday!) but I'm still proud.

Click on it to go to the interactive page! 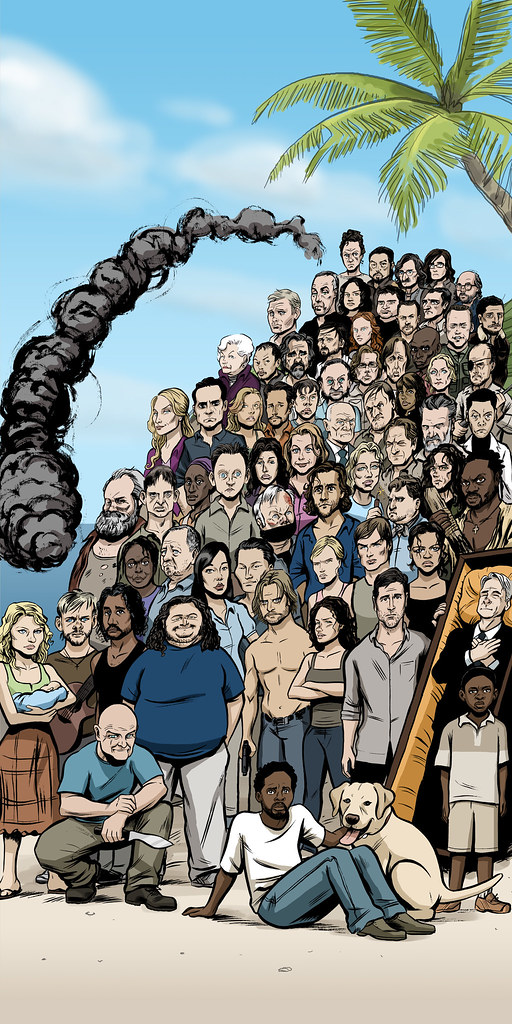 The original is on two large sheets of bristol taped together. I looked like a madman working on it in the office. And then I had to learn Flash. That program is stupid!

A drawing of Ryan North, for charity! Kind of! 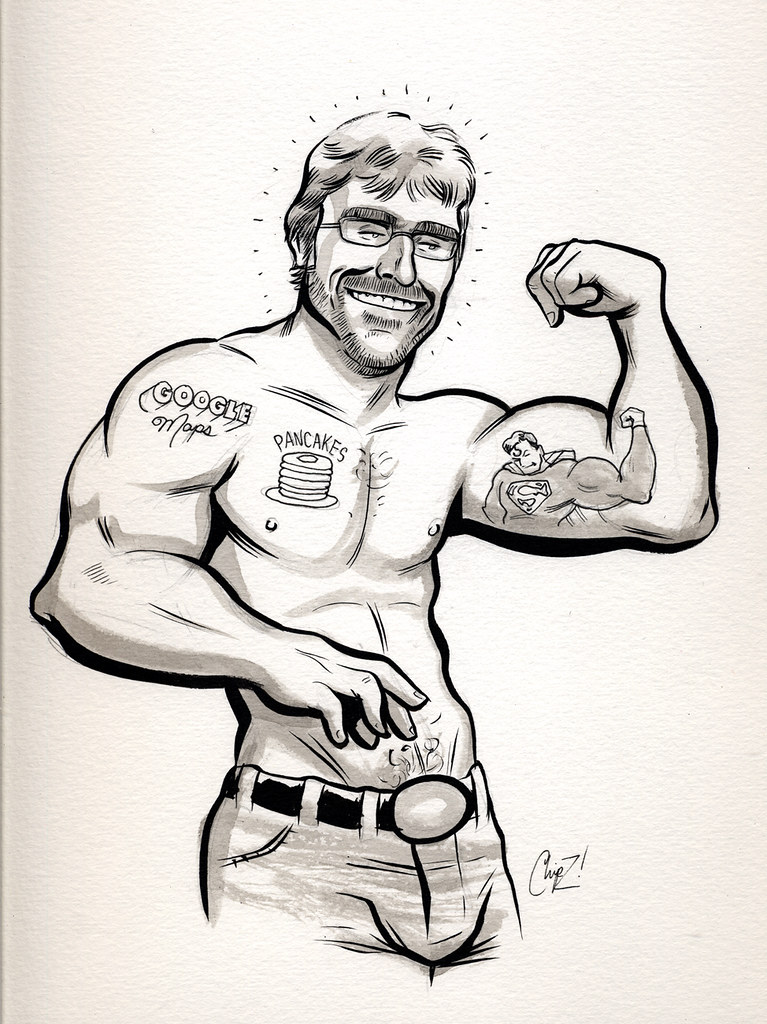 I have been away, but not really. Just before TCAF I had been told by my doctor that I had a nasty case of tendonitis and carpal tunnel and that I need to stop drawing like a motherfucker. I punched her as hard as I could in the face, but it didn't even faze her since my arm wasn't working too shit-hot.

So, I took a month off from work and drawing. I travelled the land looking to help others with my unique brand of legs-only kung-fu and an ability to tie sexy knots. It was fulfilling in the sense that I came a lot, but home is where the heart is, so I am back.

While "off work" I still managed to do a lot of work, aided by photographs in place of my finely-tuned boring illustrations! Here's a brief list!( Note: Not so brief.Collapse )

Met Kate Beaton on the weekend. She tried to awkwardly woo me with this flattering sketch. 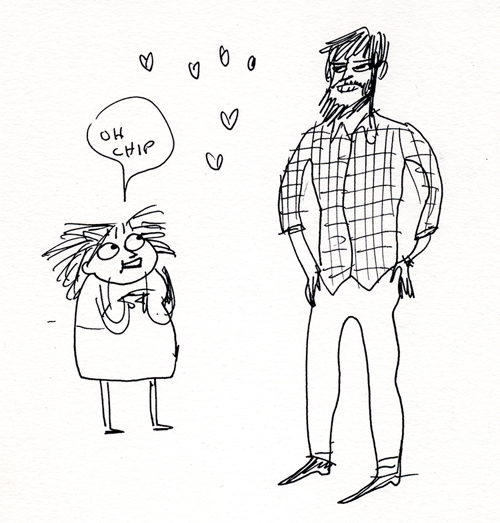 It was hard for me to look at her as she was so very, very short with eyes bulging out of her ovoid face. Her fingers were like weird sausages that left grease stains everywhere and her breath was like three kinds of fish, though I lacked the resources to determine which fish exactly.

Nice woman though.
-----------
Also! THE PARTY THIS SATURDAY just got HOTTER! I am now providing a home for the DOUG WRIGHT AWARDS AFTER-PARTY! Spread the word to fellow TCAF attendees please! Also, here's some non-Doug Wright approved flyers I did to promote it! 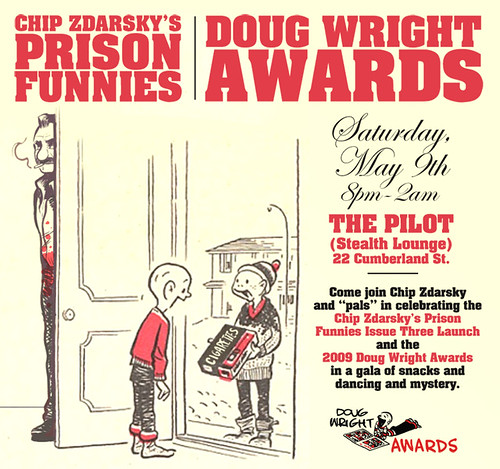 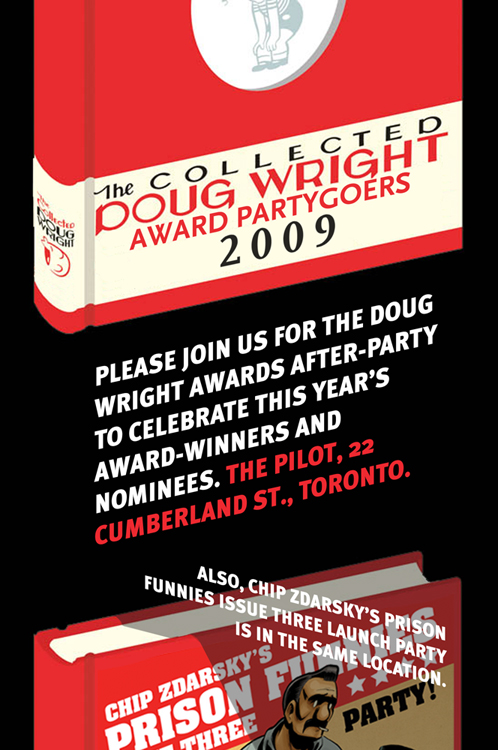 p.s: If you haven't yet, check out my SCOTT PILGRIM FEATURE! The paper was chock full of comic goodness this past weekend!

Today I will be signing/sketching at The Beguiling for Free Comic Book Day! I helped them put together a book for the kids (and there's a new Monster Cops one-pager in it!), so bring them out! I promise to not swear much! I'm there with a bunch of creators, including the adorable RYAN NORTH and the handsome KATE BEATON! They're killing comics by putting them online, but The Beguiling invited them anyway! Weird!

Also, today, in your NATIONAL POST, there are a couple of pages of Scott Pilgrim goodness! I wrote a story, which I don't normally do because it's hard, and if you already know Scott Pilgrim you can skip it because it's, um, dumbed down for the NORMS out there, the CIVILIANS. Anyhoo, I had to cut out so much I may put up the fuller interviews with BRYAN LEE O'MALLEY, CHRIS BUTCHER and JAMES LUCAS JONES sometime in the near future. I truly appreciate their understanding with my bumbling questions and lack of professionalism and I'm truly sorry to Mal for crudely attempting to draw his characters AND drawing Cera as Scott. If only the studios would have allowed me on set. If only.

Anyhoo, click here for the Scott Pilgrim package! There are some nice little tidbits in the map that have been expanded on from Mal's previous annotations! 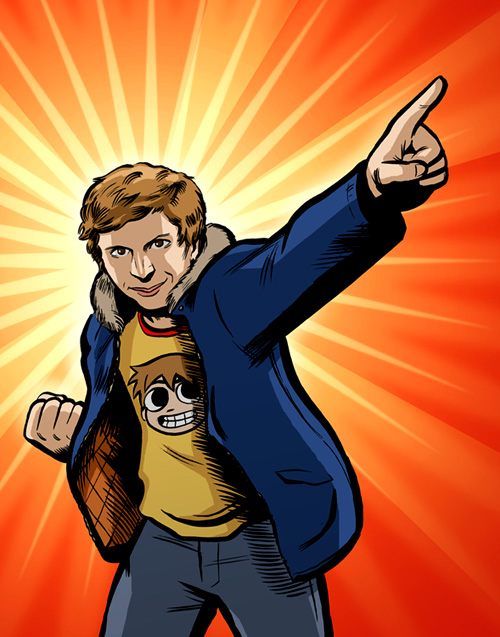 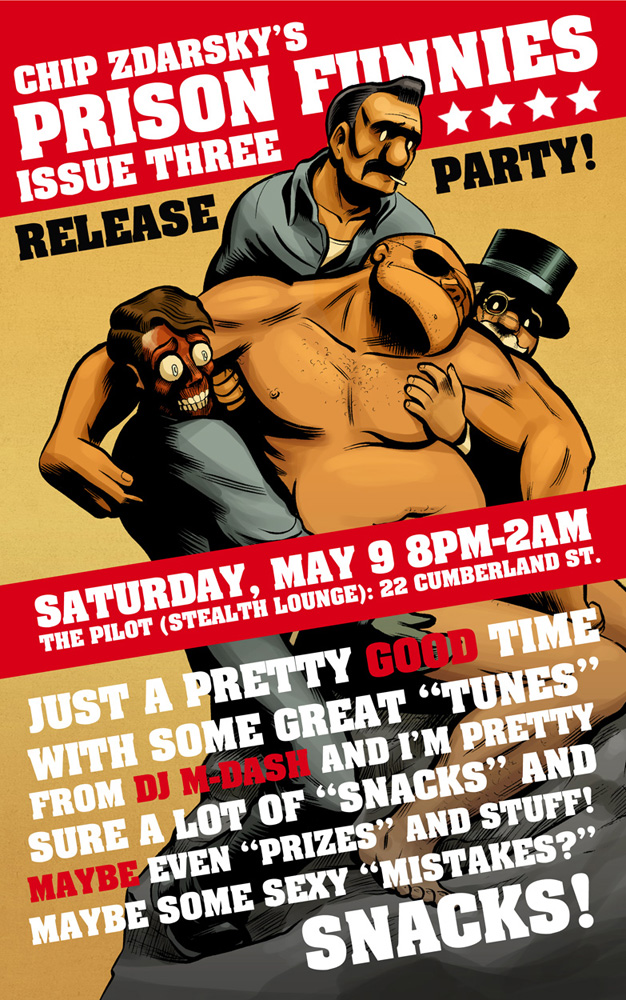 You should come! It'll be ever so much fun! 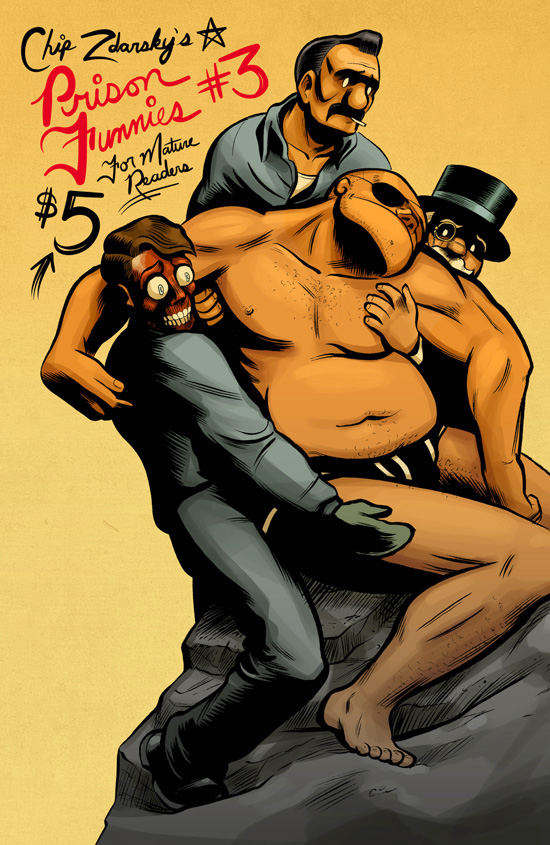 Shout out to my fashion consultant, Diesel Sweeties!